My wife bought two and a half kilograms of hedgehog food. I was sceptical. I had no expectation of seeing, let alone feeding hedgehogs. But she insisted we had them visiting the garden. She said there were shiny droppings on the lawn that were definitely hedgehog poop, so she put out some food in a bowl. The stuff she had bought looked like bird food and dry cat food combined.

We didn’t have long to wait. Within a week there were two adult hedgehogs, snuffling around the food bowl.

Of course the television has now been consigned to memory as we spend all our time reading up on hedgehog behaviour or just sitting watching them go about their business.

Our hedgehogs seemed to like our garden and were around all early summer. They made ‘mating noises’ (apparently) and seemed to just enjoy each others company but then they disappeared. There was nothing for a week or two…

We saw two little baby hedgehogs in the garden.

It was a cuteness overload and we couldn’t stop smiling. Then more noise from the undergrowth revealed two more.

The mother had nested in the log pile and four little ones were now busy (if a little unsteadily) snuffling around the garden, close to the house, eating the food we leave out. Their eyes are open and they have quite an appetite.

When a big storm blew in from the west I was instructed to build a feeding shelter. four bricks against a wooden planter covered by three bits of offcut wood (palette and decking board, with extra bricks on top because high winds had been forecast) was all it took to ensure the food stayed dry.

The hedgehog websites all emphasize the importance of providing water and not using slug pellets. Since all our neighbours have cats and we have been gardening organically for years, none of this was a concern. We have water bowls in the garden already.

Our June-dropped apples add variety to the available diet in the garden and after a rainy spell there were loads of slugs around.

I am a little worried that by feeding hedgehogs we could be encouraging rats into the garden, but with plenty of cats around it shouldn’t be a problem. The cats are fascinated, but wary of the hedgehogs. Way too spiny to engage with, even from an early age. We kept a close watch on all this behaviour and have started to notice differences between the four little ones.

One comes nearer the house than the others and seems a little more steady on its feet. One is clearly a runt, smaller than the others and often seen on its own at the feeding station. Sometimes the runt is out in broad daylight which is worrying. We considered taking it to St Tiggywinkles rescue centre, but contrary to what we had read on the web, when we phoned the lady there, she said hedgehogs do sometimes come out during the day and it wasn’t in itself a cause for undue alarm.

With the agreement of our neighbours we have pre-cut hedgehog holes in the garden fence on both sides. 5 inches square was what we saw recommended on the hedgehogstreet.org website

The mix we first use for feeding hedgehogs is called ‘Hedgehog Feast’. Then it was a bag of Chapelwood hedgehog feed (although Amazon stock a wide range of other brands). We also tried some little tins of ‘Spikes’ but the cats went mad for it and ate the lot before the hedgehogs had a chance.

The more birds in your garden the better. One very easy way to increase your bird population is to provide a site for a nest box.

Putting in more than one will be great for sociable sparrows but other species prefer solitary boxes. If you have even watched two robins scrapping over territory, you will know the truth of this.

Don’t place the boxes too close to each other or birdfeeders either. Many birds are particularly territorial when they have youngsters and will expend lots of unnecessary energy fighting off others if there are lots of birds around. This means less energy for finding food and consequently fewer birds. 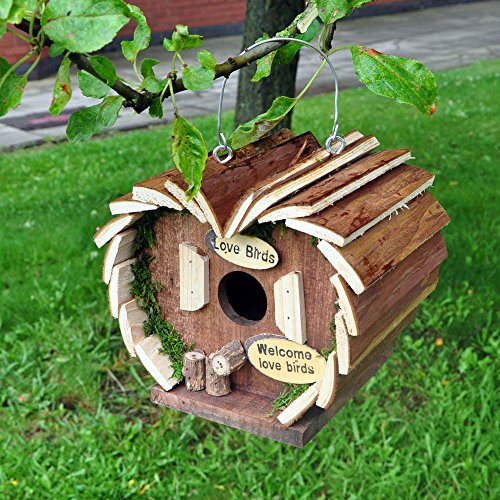 How high should a Bird Box be?

Height above the ground should be at least 1.5 m. Above 2 m is preferable. In areas that get lots of people you could put a box as high as 5 metres. 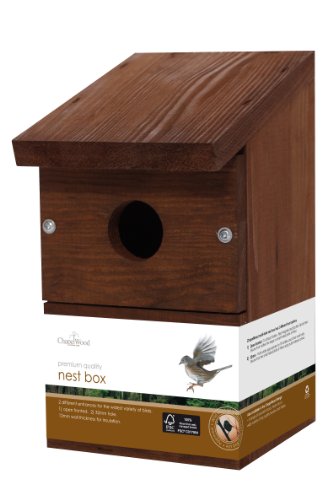 Make sure your spot is sheltered from the full sun and prevailing winds and rain. This usually means placing a bird box so the front opening faces north or east.

However, do try some other options as well if you got multiple boxes.

Last but not least, think about potential predators.putting the box on the top of a 6 foot garden fence is a bad idea because cats can easily get to them. To keep crows and other avian predators away from the baby birds make sure your box has a metal nest box plate to reinforce the entrance hole. This stops other birds from picking away at the wood to make whole big enough so that they can get in to the box. 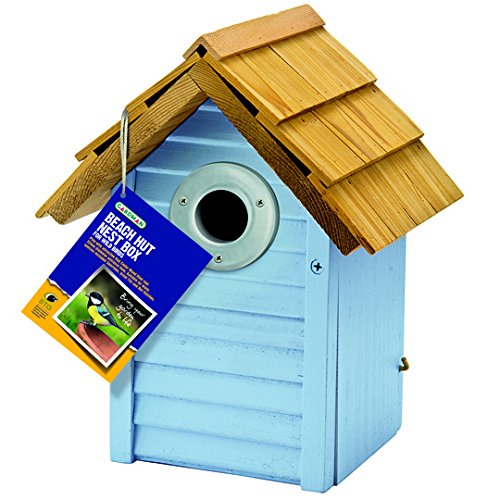 If the baby birds fall from the nest before being able to fully fly then it helps if they fall into something other than a wide expanse of lawn. They will need to find shelter fast. So consider the terrain beneath the box too. 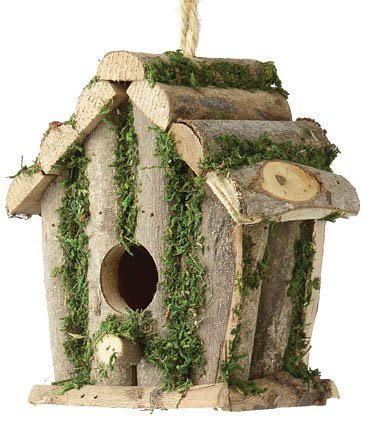 Remember that wherever you put your new bird box you should be able to get to it at least once a year to clean out old debris in winter.

A wide variety of bird species visiting your garden is a sure sign that it is both healthy and bountiful (or that you regularly stock up your birdfeeders).

We all know what blackbirds, robins and pigeons look like, but there are plenty of other species that may well be visiting, so here is a guide. The illustrations are simplified to give you the key identifying markings. 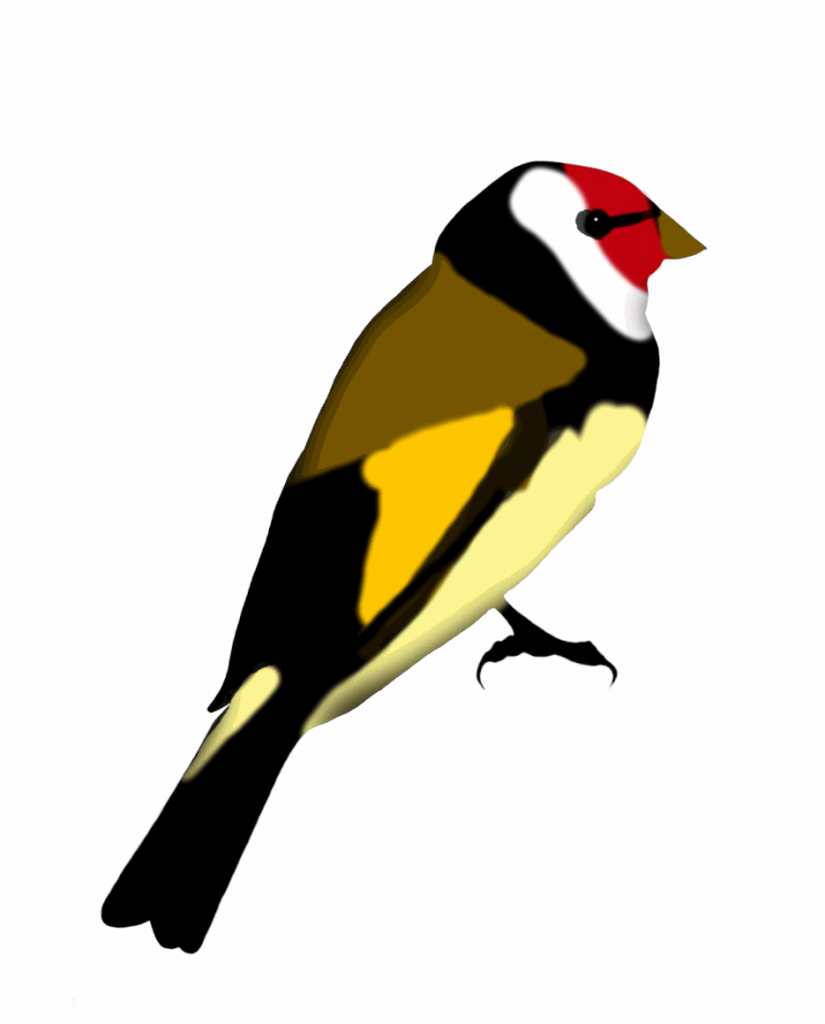 The vivid colours mark out the Goldfinch from all his garden bird cousins.